I spent a happy couple of hours wandering around the delicious gardens of Cothay Manor in Somerset this week. While Chris (a “mature” student of History of Architecture) examined the house I revelled in the colours and elegant decay of the planting wrapped around ancient stone walls, gleaming against freshly cut yew hedges and frothing among the paving stones of the terrace, even though Mrs Robb assured me that “There isn’t much to see because everything is being cut back”.

Cothay Manor, Somerset.
The ducks were confident that I was going to feed them.

There were still lots of treasures to be found, but the plant I got most excited about was the climber known to me as Ampelopsis brevipedunculata. I have loved this name since learning it in an ident at Pershore College while studying horticulture nearly 20 years ago and still sing it to myself, it has its own tune, which it acquired when I was trying to memorise it and this has stuck in my head even though there is no plant to sing it to – unfortunately (or fortunately if you are familiar with my singing) the one I managed to grow from seed struggled through a couple of years in my overcrowded, parched, sandy garden and then disappeared. I hadn’t helped it by planting it against the northern side of a fence and then forgetting about it. I know now that it prefers a bit of moisture and a decent amount of sunshine.

My garden is full of the ghosts of murdered plants.

I say “known to me” because no doubt someone will correct me. It is also known as Ampelopsis glandulosa var. brevipedunculata but when I tried to check it online I got so mazed by all the synonyms, vars and cultivars that I have just gone back to the one I always knew. With its little tune.

Anyway here are some of the many pics I took of it, looking perfect against the door of the medieval gate house, accompanied by the large-leafed vine Vitis coignetiae. You can see why it is also known as porcelain berry. I think it could also be called mallard berry – the same colours adorned the friendly ducks on the pond. 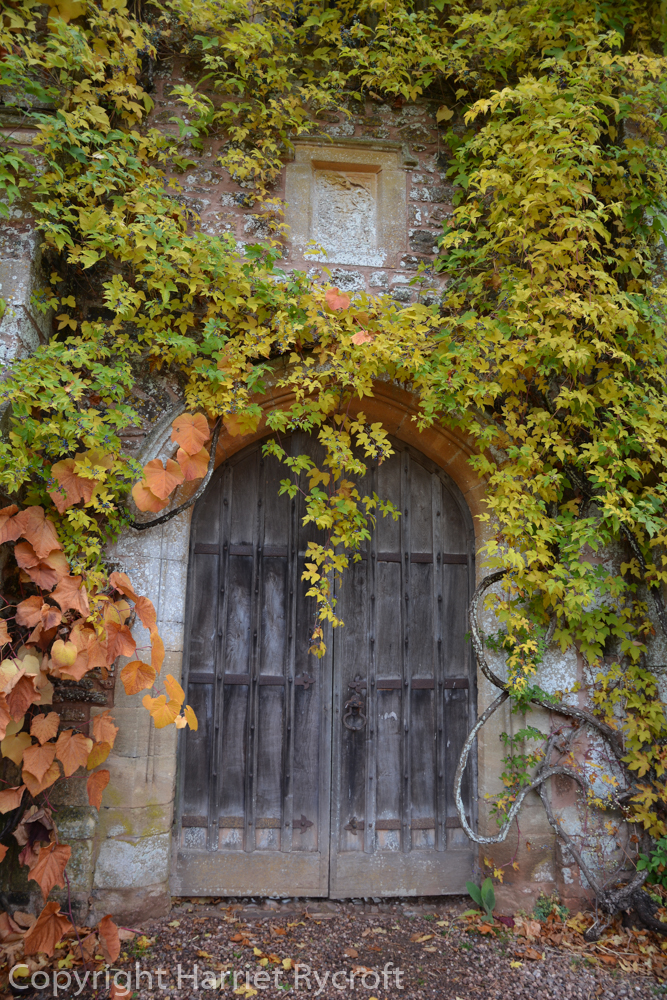 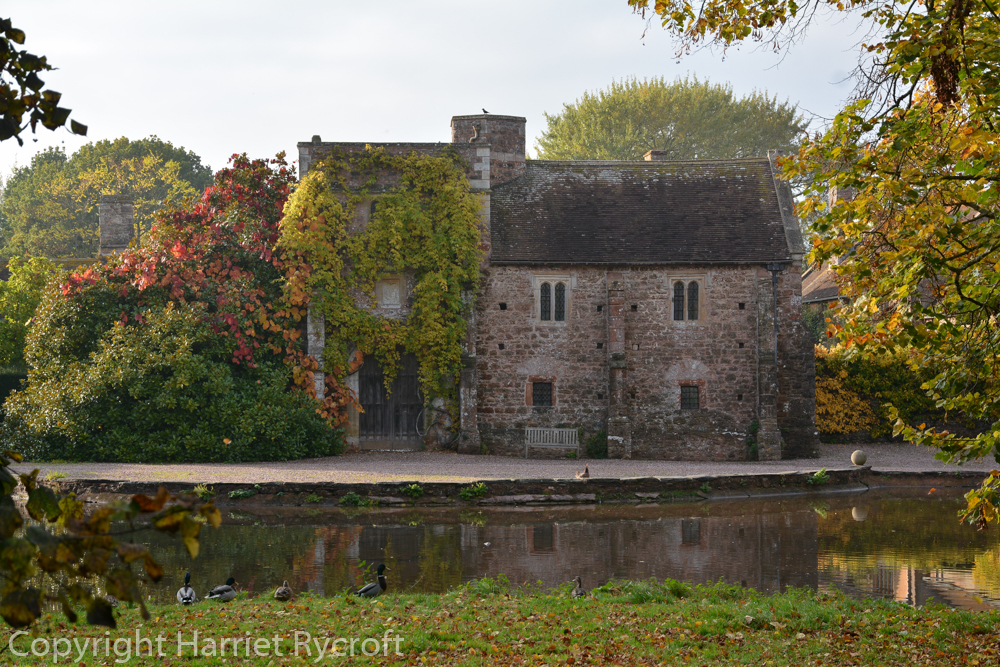 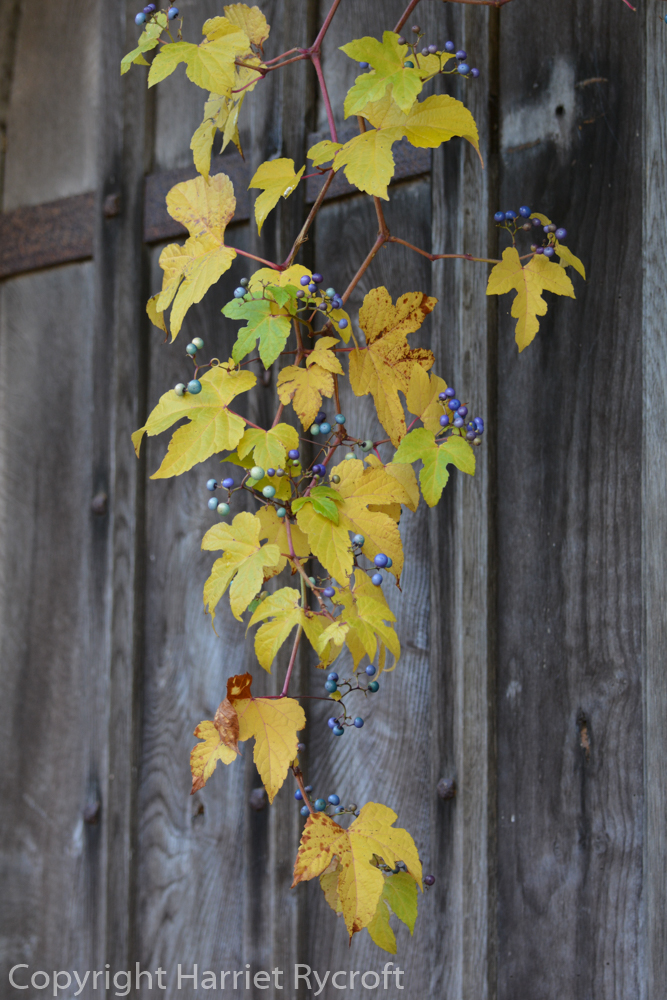 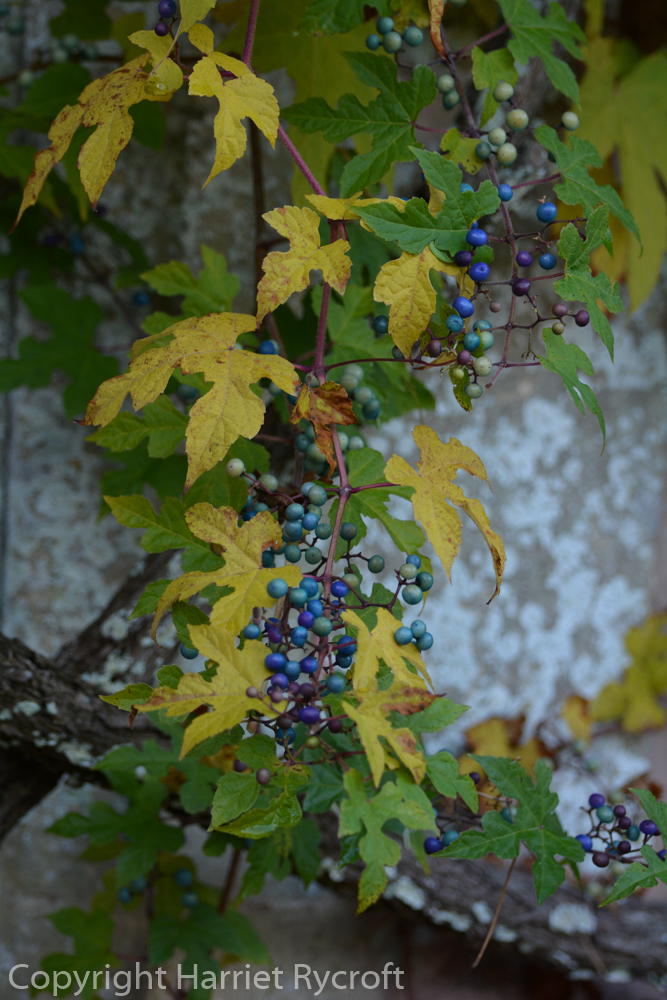 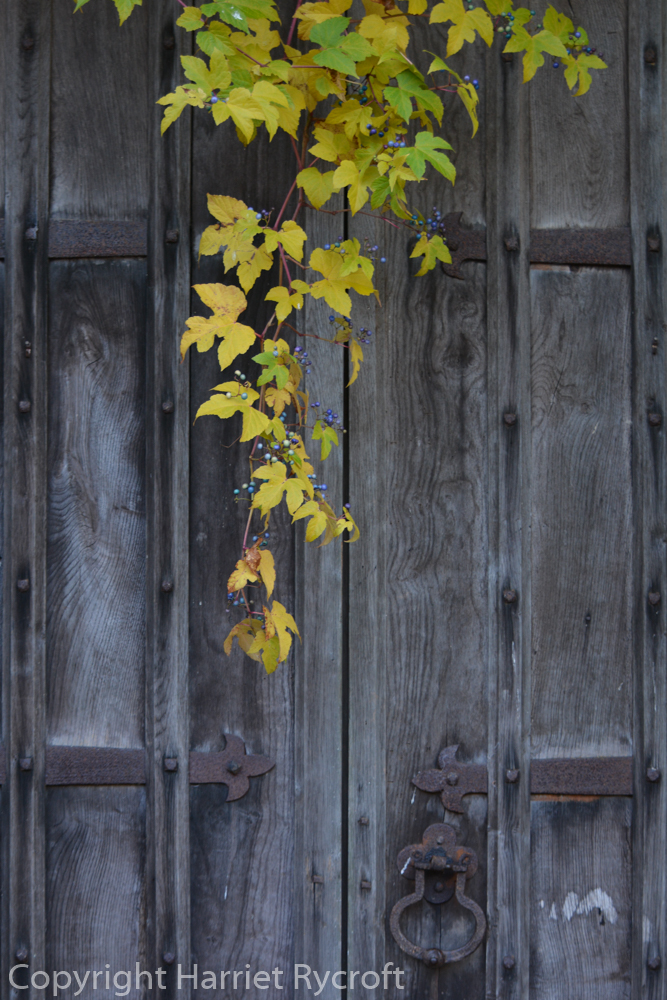