I’m not all that keen on pink, and yet I seem to end up with a lot of pink flowers.

When we moved to our first proper house about 22 years ago  I bought Rosa ‘Débutante’, true to her name, she was demure and well-behaved. When we put that house up for sale nine years later I struck a cutting so that we could bring her with us. It’m not sure why I bothered, because the flowers are a bit of a twee pink and I don’t think I like them with Cotswold stone.

Every year I hack this rambler back (sorry, the word should be prune) and every year she gets bigger and bossier. She has turned out to be a daredevil who would like to get up on to the roof of the house but I won’t have that, I bend her questing arms down and tie them firmly in. She has an RHS AGM (Award of Garden Merit for gardenworthy plants), which seems to have given her ideas above her station.

This year she has flowered enormously in spite of the cold and rain (on north and east-facing walls) and I have to admit that I’m pleased. There are so many flowers that even I can smell the fragrance, which is normally so weak as to be imperceptible, to me at any rate.

I have planted cool yellow and bright pink flowers in the pots beneath in the hopes of offending la Débutante. Or at least livening up that shady corner. The bright pink Pelargonium in the photos isn’t quite as fluorescent as it appears, but it is pretty snappy. I think it’ll look better when the rose has piped down, we’ll see.

I must say, grudgingly, that Rosa ‘Débutante’ deserves her AGM. Now I wish she’d shut up about it.

Next week she’ll be chucking petals all over the place. 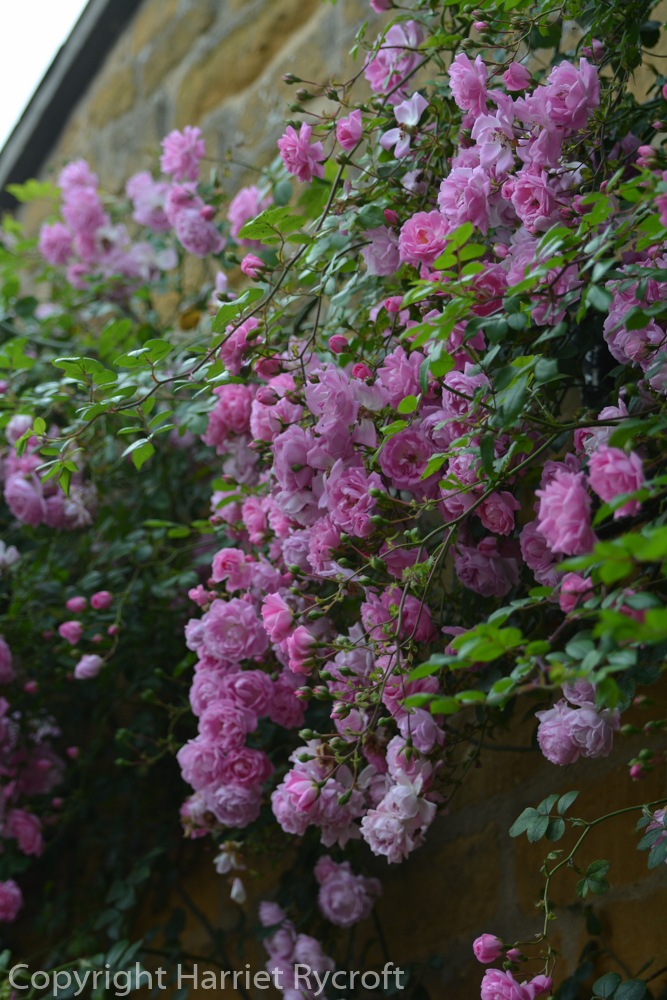 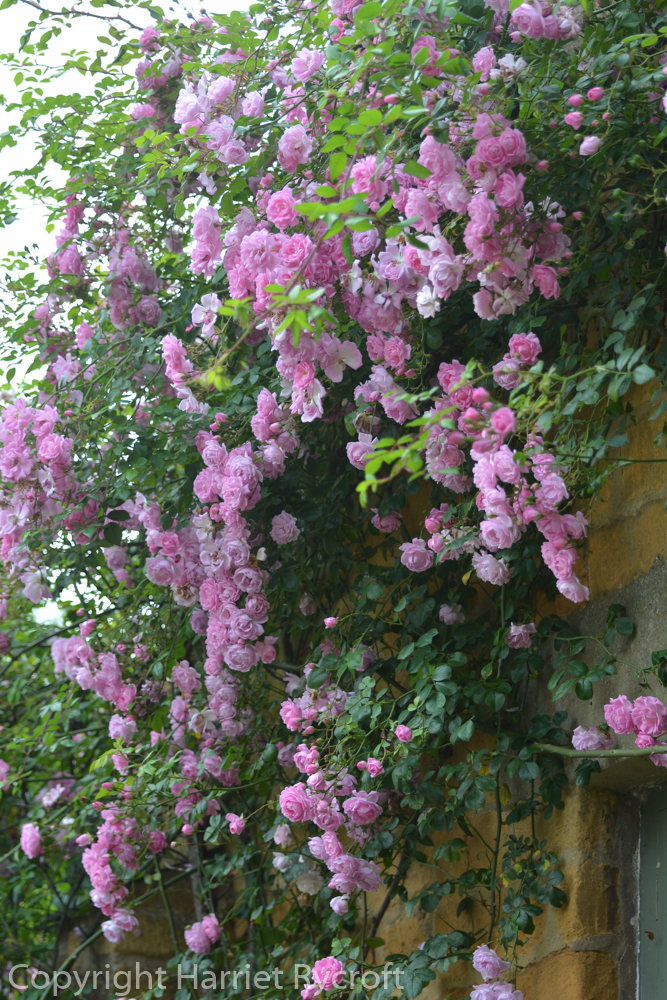 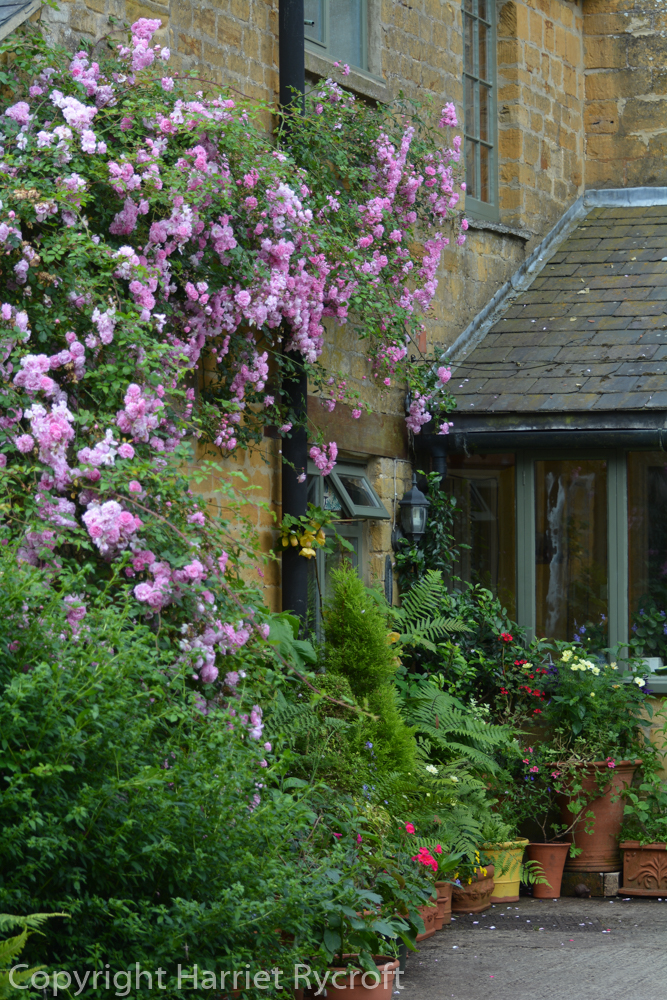 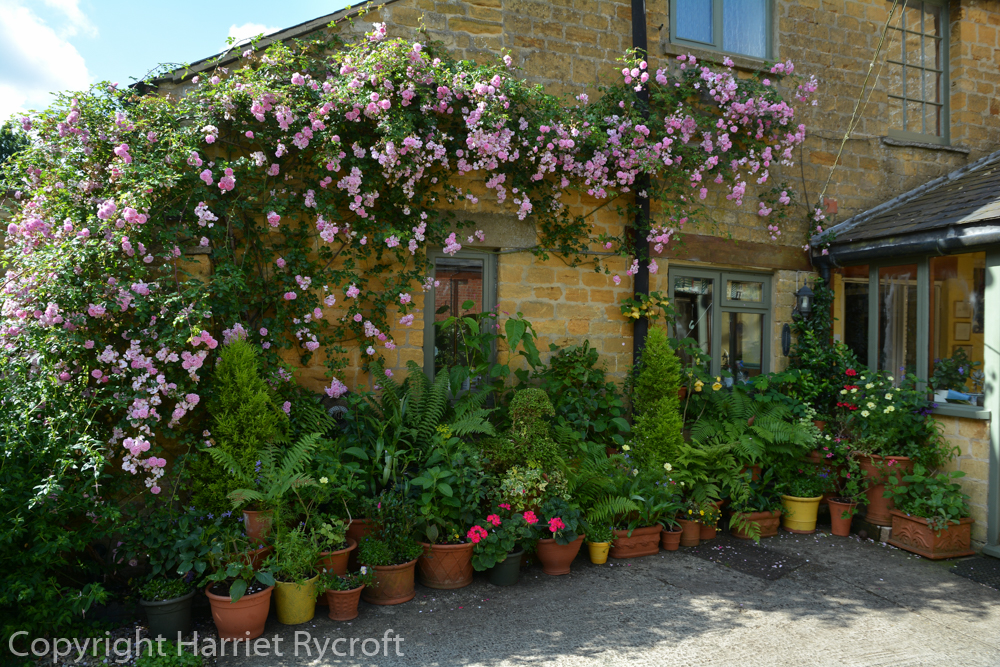