OK, why a parrot’s nest?

Make of this what you will.

One of my earliest memories is standing in a garden, looking up at towering pine trees and shouting “Hello Robert!” The adults around me shouted it too and eventually a voice from the very tops of those trees shouted “Hello Robert!” back at us. I was thrilled.

Funnily enough I don’t remember ever seeing Robert the macaw, I just remember his voice, but he was very real and was later banished to a zoo after an incident with some upholstery. 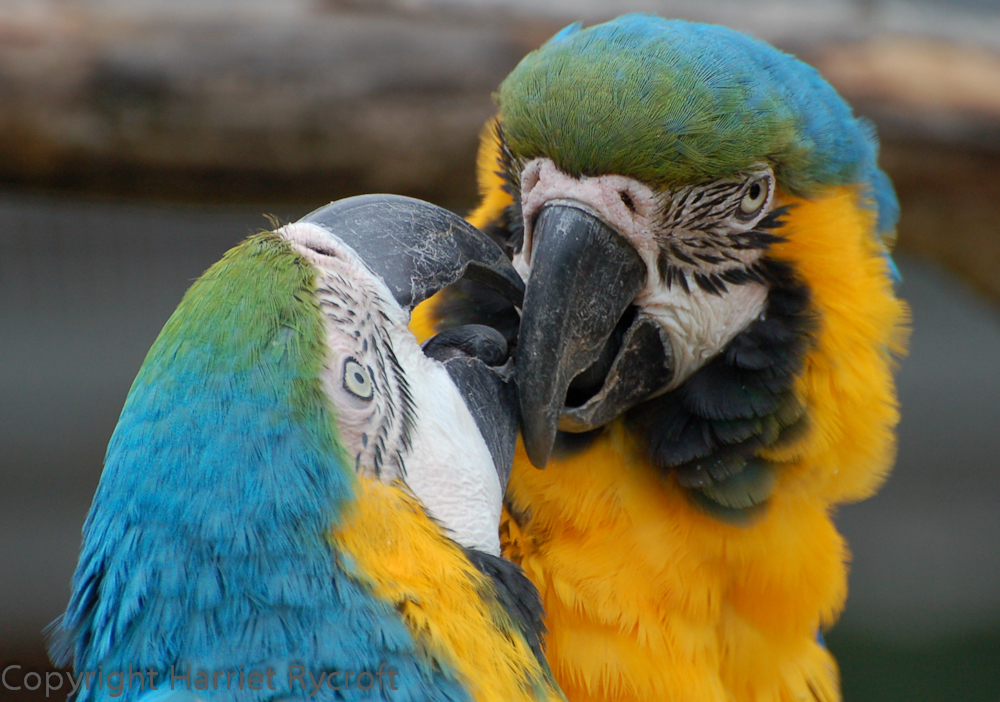 Macaws, noisy and hilarious, but maybe not ideal house pets

Later, in my parents’ garden, I decided that I had a parrot and his name was Pamorama (after the hard-hitting investigative documentary series, because I liked the theme tune). My mother says I used to walk around with one shoulder hunched up because he was sitting on it. Pamorama and I built a nest in the hedge. Being in Somerset this hedge grew on an ancient bank of thick stones and slates mortared with moss, primroses and ferns; there was an easy bit to climb, just where a tangle of ivy and elder leaned outwards, with a few more sticks woven in it was just strong enough to bear our combined weight. Pamorama and I could spend happy hours in the nest watching our neighbour Mr Quick talking to his hens.

I think this was the beginning of my being happiest when in close contact with plants. I still know that garden by heart. I remember the smell of the elder, and of the box hedge (good place to find racing snails), the man-eating nettles around the compost heap, the orange montbretia clump where the cat liked to curl up, the pink and white phlox (their scent takes me straight back there), the fruit cage, roses, sweet williams and apple trees.

After Pamorama flew away I had a Wendy house with two rectangular flowerbeds outside. We sowed candytuft and love-in-the-mist, night-scented stock and cornflowers. Fat green grass encroached year after year until those beds were just grassy hollows.

My mother’s chickens didn’t mind me playing in their run, especially when I helped them to dig for worms. One indian game hen deigned to perch on my arm like a fierce black parrot. Her party trick was to keep her head in one place while I waved her about, but she wasn’t keen when I hobbled like I had a wooden leg, and she refused to learn to say “Pieces of eight”. 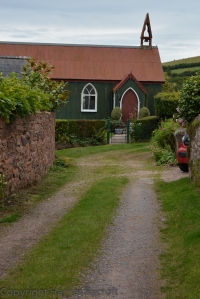 I went for a snoop around the village recently. The house has changed enormously but just down the road there’s still a little tin chapel down a grassy lane next to long-departed Mr Quick’s cottage. The wire fence beside the chapel is still broken in exactly the same place so that you can climb through to the fields and the stream where I used to fish for caddis fly larvae and sticklebacks.

My mother now lives in the next village but we still go for walks along the same ancient cobbled tracks deep in red sandstone, their banks and hedges forming tunnels of fern dotted with wood sorrel, primroses and pennywort. Five-bar gates offer views across upholstered patchwork fields dotted with pink sheep. Soil derived from red sandstone has a distinctive smell when wet (which it nearly always is in Somerset), a smell which makes me feel at home, but it doesn’t half stain things. 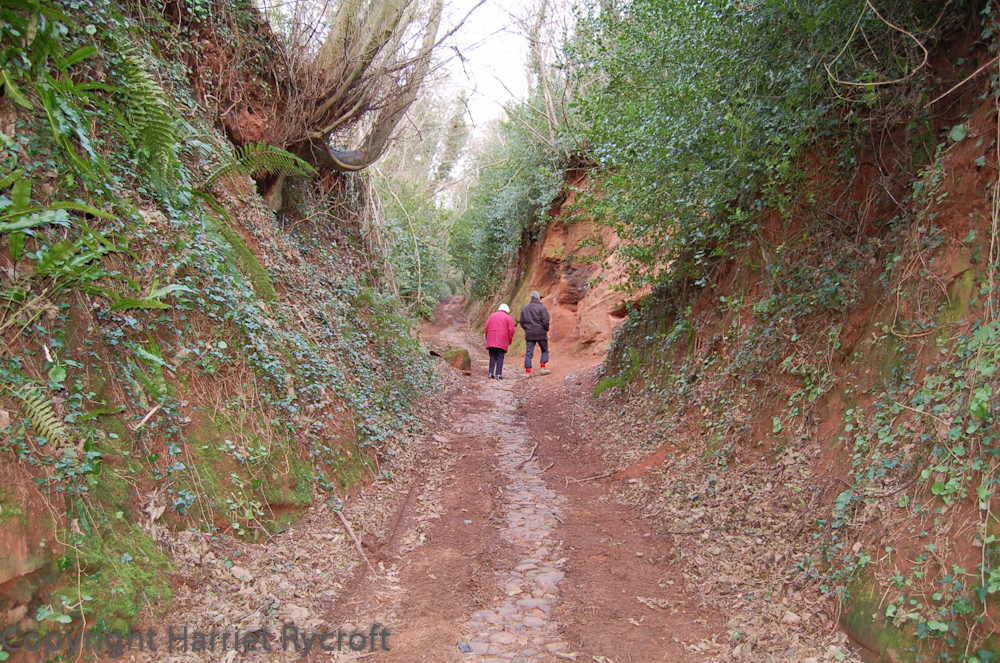 I went to a tiny school one mile away run by a slightly eccentric couple. Mrs W was frightening but made us LEARN things. Mr W was kind, artistic and fascinated by natural history. Our classroom was cluttered with tadpoles, duckweed, caterpillars,stick insects, skulls, an elephant’s tooth. He took us for long walks and showed us such marvels as the potter wasp making its perfect pot on a blade of grass. The pupils helped to clean out and refill the concrete swimming pool every summer and yet the water we bobbed about in was green, and enlivened by whirligig beetles and great diving beetles. The doctor next door called it pee soup.

At that school we had a cat, three dogs, a duck, a goat, some guinea fowl and a huge colony of guinea pigs. But no parrot. Being guinea pig monitor was best, you could spend playtime building mazes for them. Much of the food at this school came from the garden, a fact for which we failed to be grateful, but we did learn that pungent parsley and bitter, sloppy marrow wouldn’t kill us if we ate it. We slipped gristle to the dogs. No clean plate, no playtime.

My favourite time was late in the summer term, when we would be allowed through from the concrete yard, source of magnificent knee scabs, to the garden to play circle games like In and Out the Dusty Bluebells, or The Farmer Wants a Wife. Here we were usually barefoot, such a delicious feeling until you stepped on a thistle. Our end of term productions (Mrs W’s plays what I wrote) were always in the garden unless it poured. I enjoyed playing the cook in Alice in Wonderland (MORE PEPPER!)  and making the parents laugh, but one clue to why I am a gardener and not an actress is that I can still remember the exact layout of that garden, including all the lumps, bumps and banks in the lawn, and the vivid blue houndstongue which grew by the fence where we changed our costumes.

When I was a bit older I would spend as much free time as possible at the local riding school, getting extra rides in return for cleaning tack and mucking out. They had a green parrot whose cage was often left by the front door, so that he could yell “Trrrot on!” at the passing strings of ponies. We learned to memorise the texture of every track – on walks I still often think as we step onto some nice, firm, upwardly-sloping turf, “This would be a good place for a canter”.

Once I had been plonked onto the conveyor belt of mainstream education my outdoor activities dwindled to weekends and holidays, much of that time taken up by exam revision in the sun on the barn steps while swallows shot in and out over my head. Gradually my green companions shrank to a Tradescantia on the desk of my sixth form study or a twee (but prize-winning, I’ll have you know) poem about daisies being murdered by a lawnmower. I wasn’t to have a garden of my own for years, and it was even longer before I became a professional gardener.

But I always had a parrot on my shoulder.